How about that?  There was more to Turkey than ham as what TC had thought.   Our trip to this country provided us with insights on this country full of history and culture.

5.  The well preserved ruins of Ephesus – A 55 minute flight from Istanbul will bring you to Izmir – the home of Ephesus.  TC and I have seen a number of Roman sites throughout our trips along the Mediterranean but none of these is as impressive as the Library and the Theater.

The Library of Celsus is an impressive three-storey facade complete with intricate moldings at the top of columns.  This was one of the libraries built by the Roman Empire outside Rome itself.

4.  Marian pilgrimage site – Prior to our trip to Izmir, TC and I were not aware that Turkey was the last earthly home of the Virgin Mary.  A number of Christian pilgrims flock to witness her simple dwelling.  The area is tranquil, well shaded, highly spiritual and a real solace for the faithful.

3.  The Turkish desserts –  Turks take their sweets very seriously.  Their sweets are saccharine shoveled delights which would surely court tooth decay and enflamed tonsils.   Seriously…  the sweets are so rich that it could only be paired with the bitterest of all coffee.

2.  Modern side of Istanbul – TC and I are city folks so we can’t this picture a city without its seaside malls, modern trains and its well lit wide sidewalks. 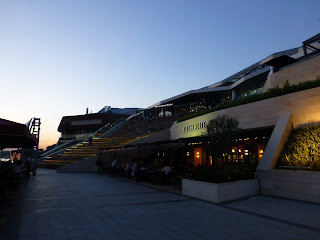 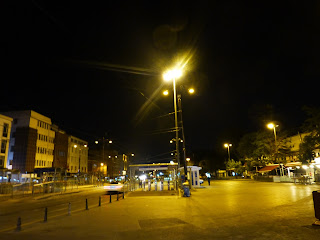 The Blue Mosque is a Muslim masterpiece where the faithful continue to congregate.

How to Enjoy an African Safari

How to Survive in Venice Our Top 5 Tips

How to Enjoy an African Safari

ABOUT US
Fulfilling the dream of seeing the world. One country at a time.
Contact us: admin@80before60com
FOLLOW US
© © Copyright 2019 | 80before60
MORE STORIES